Get fresh music recommendations delivered to your inbox every Friday.
We've updated our Terms of Use. You can review the changes here.

Build A Thing Of Beauty 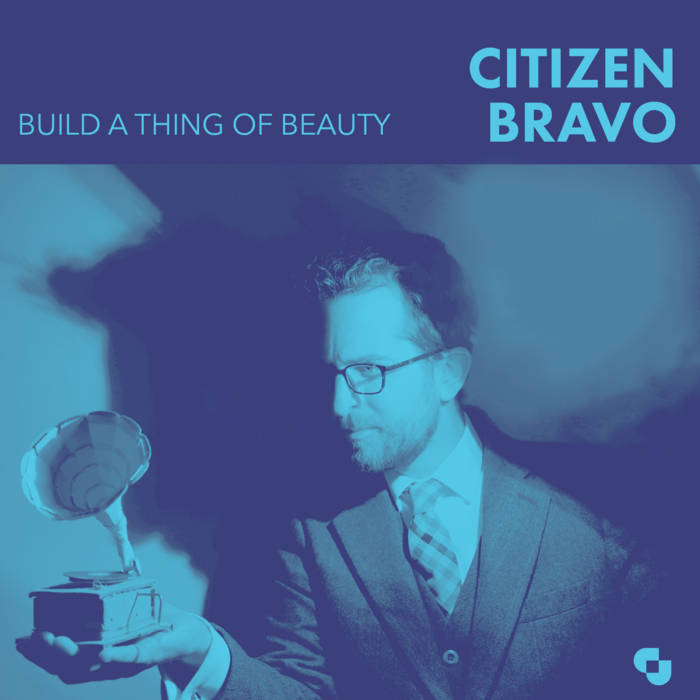 It gives Chemikal Underground Records great pleasure to introduce the unabashed geek pop of Citizen Bravo, AKA songwriter, multi-instrumentalist and music researcher Matt Brennan. His remarkable debut album Build A Thing Of Beauty will be released on 5 April 2019 exclusively on digital services, save for one, extraordinary and thoroughly unique physical manifestation – an interactive musical sculpture known as SCI★FI★HI★FI, which will be premiered at a launch event at the University of Glasgow Concert Hall on 11 April 2019.

Completing this ambitious hybrid music and research experiment is a short documentary film The Cost Of Music, which will be screened as part of the sculpture launch event in Glasgow, ahead of further screenings at Berklee College of Music in Boston, Université du Québec in Montreal, the Australian National University in Canberra, and further tour dates to be announced. “Humans Of Earth,” the first track to be previewed from Build A Thing Of Beauty, will hit Chemikal Underground’s Soundcloud on 8 February 2019, while the video for second single “Limbs And Bones” on will be premiered on 15 March 2019.

Citizen Bravo is Matt Brennan, a dual citizen of Canada and Scotland. Born in Nova Scotia and raised in New Brunswick, he immigrated to Scotland at the age of twenty-two to study and make music. In the mid-2000s, Brennan was a founding member of indie pop group Zoey Van Goey (Stuart Murdoch of Belle and Sebastian produced the band’s debut single, and the group released two well received albums on Chemikal Underground Records before disbanding in 2012). Citizen Bravo marks Brennan's first outing as a solo artist. Drawing on musical influences ranging from Jonathan Richman to Robert Wyatt, Brennan recorded the album with the help of friends including Andy Monaghan (Frightened Rabbit), Malcolm Benzie (Withered Hand), Raymond MacDonald (Glasgow Improvisers Orchestra), and Pete Harvey (Modern Studies). Brennan also found inspiration in scavenging and manipulating orphaned samples from antique recording formats and integrating them into his songs.

Produced and mixed by Andy Monaghan. Additional engineering by Matt Brennan and Gavin Thomson. Mastered by Paul Gallagher. All music written, played, and sung by Matt apart from: bass guitar and occasional studio wizardry by Andy Monaghan. Additional guitar on tracks 6, 8, and 9 and fiddle on track 10 by Malcolm Benzie. Backup vocals on tracks 3, 5, 6, and 8 by Anna Miles. Strings on tracks 1 and 6 by Pete Harvey and the Pumpkinseeds. Trumpet on tracks 6 and 8 by Yati Durant. Saxophone on tracks 9 and 10 by Raymond MacDonald. Ian MacKaye speech sample on “Have A Nice Time” used with kind permission from Dischord Records. Cover photo by Graeme O'Hara. Cover design by Bertrand Mougel. This work is licensed under a Creative Commons Attribution Non-Commercial 4.0 International License and is attributed to Matt Brennan. The artist’s share of any album purchases or donations will be donated to Creative Carbon Scotland as a registered charity. Thanks to the Arts and Humanities Research Council for supporting this project.﻿

Citizen Bravo is Matt Brennan, a dual citizen of Canada and Scotland. Born in Nova Scotia and raised in New Brunswick, he immigrated to Scotland at the age of twenty-two to study and make music. Citizen Bravo, his latest creative project, was conceived as a 'music and research experiment'. His debut album 'Build A Thing Of Beauty' was hailed as “pulse-quickening pop … smart and self-aware” (MOJO). ... more

Bandcamp Daily  your guide to the world of Bandcamp

Mille Petrozza stops by to talk about the new Kreator album, plus music by Trauma Bond